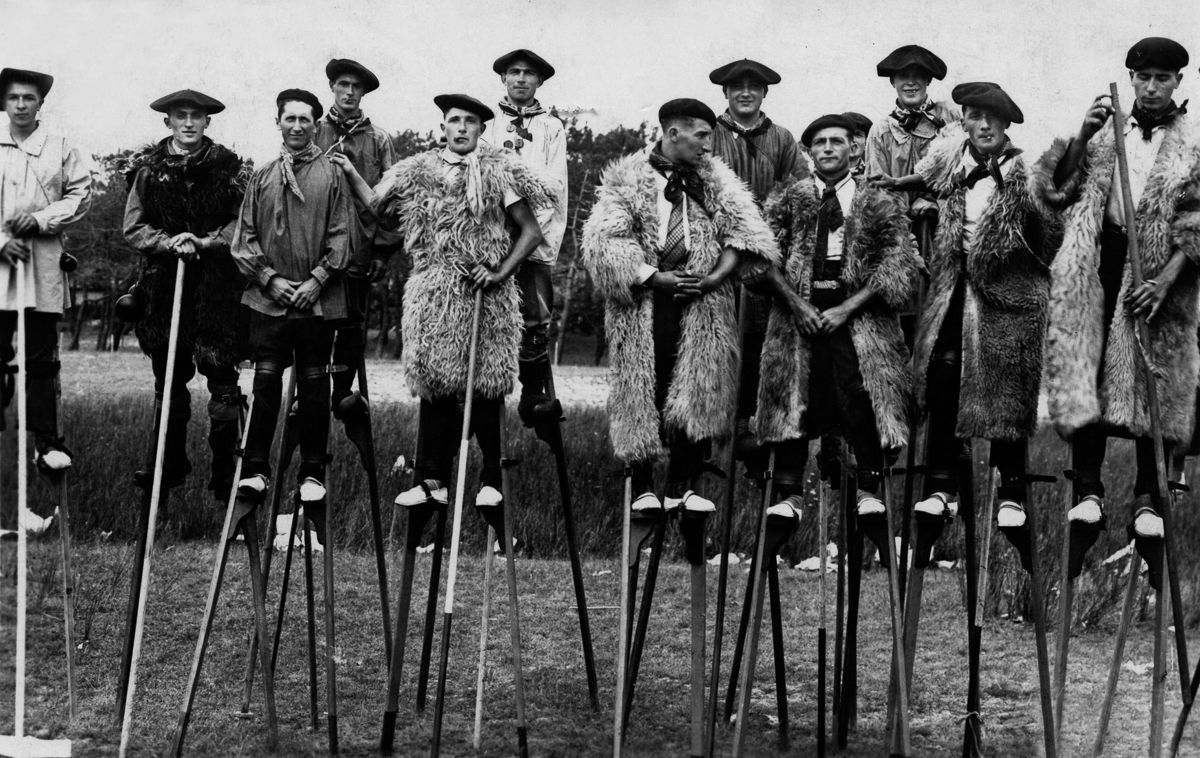 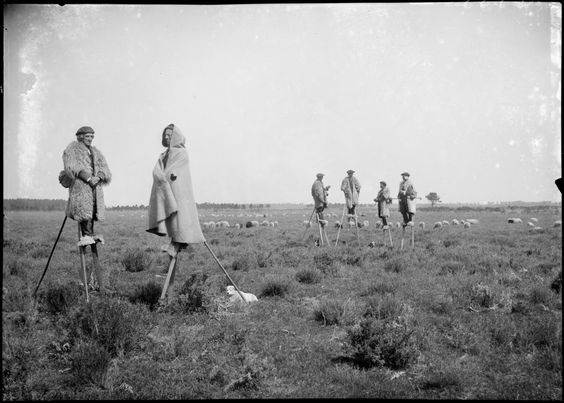 A fascinating example of shepherds and mobility! In France, Shepherds used stilts to get around on wet moorish land.

‘The Landes region of southwestern France was for much of its history impoverished, with few roads and vast swaths of marshy and treacherous terrain. To navigate the soft and unsteady heathlands, shepherds developed a unique adaptation — they traveled on stilts.’ 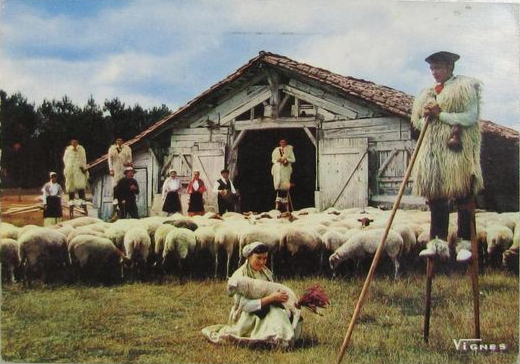 ‘Locally referred to as tchangues, or “big legs,” the five-foot wooden stilts were strapped to a person’s legs and supplemented with a long staff which a shepherd used to direct his flock and as a support for resting. Perched comfortably atop this tripod configuration, a shepherd was afforded an elevated view to keep track of his sheep and watch for wolves.’

Dressed in woolen coats, it is a BEAUTIFUL site to see!! Sheep becoming shepherd becoming sheep.’ 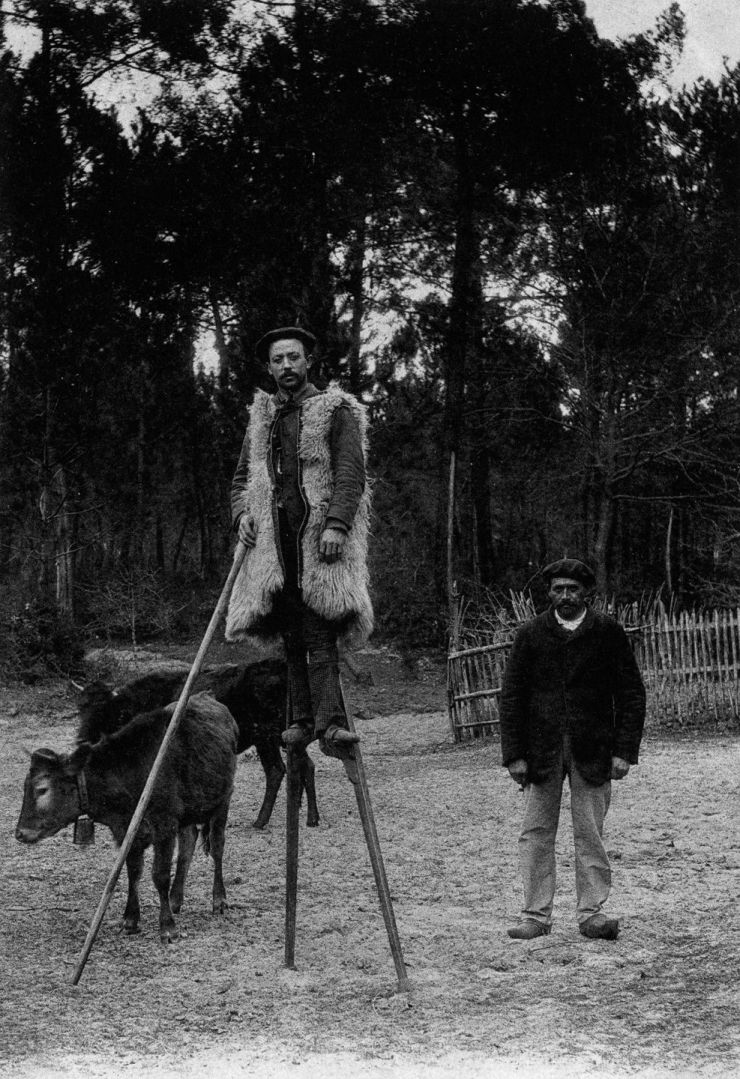 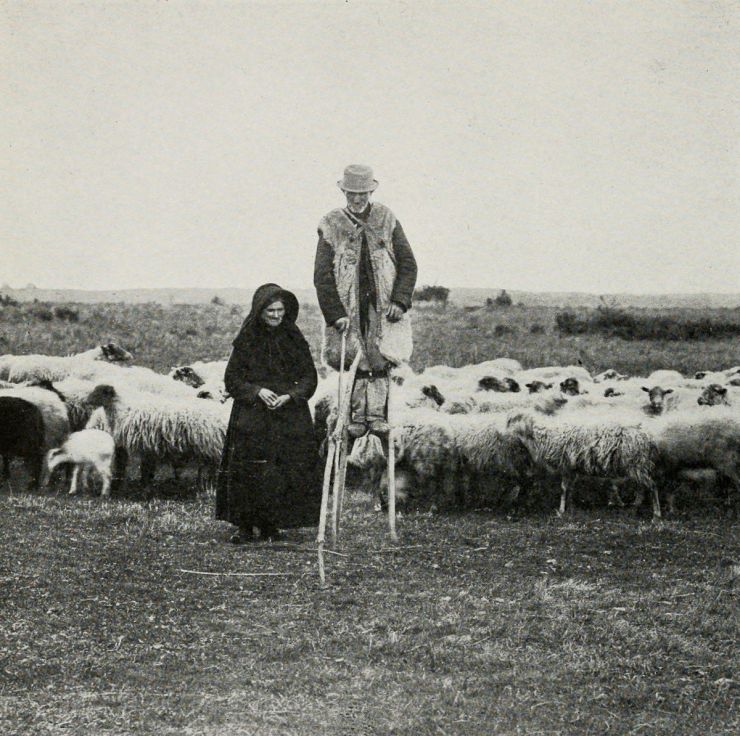 ‘The people of Landes were trained in stilt walking from a young age, and were capable of astonishing dexterity and balance, easily running, hopping and even bending down to pluck flowers. When the Empress Josephine visited the region in 1808, an escort of stilt walkers greeted her, their long strides allowing them to keep pace with Josephine’s trotting carriage horses.

Another notably efficient demonstration came in 1891, when Sylvain Dornon walked from Paris to Moscow on stilts in just 58 days clad in the distinctive sheepskin vest of his region.’- Alex Q Arbuckle 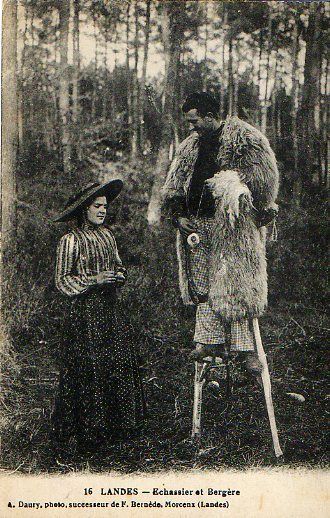 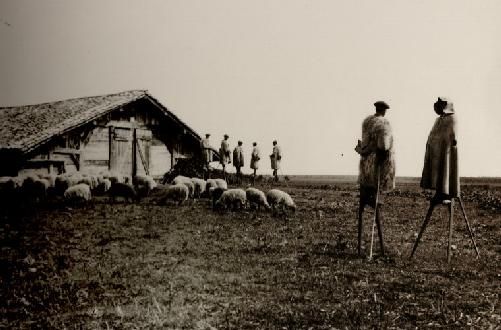 AND the best of the best is seeing men knitting whilst on stilts! INCREDIBLE direct production system (more to come on this blog about mobile knitting). 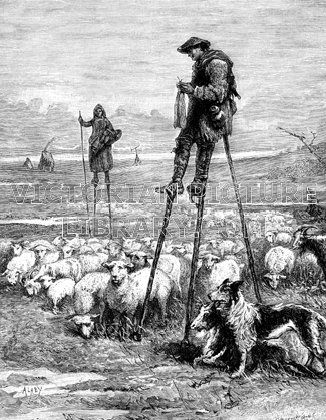 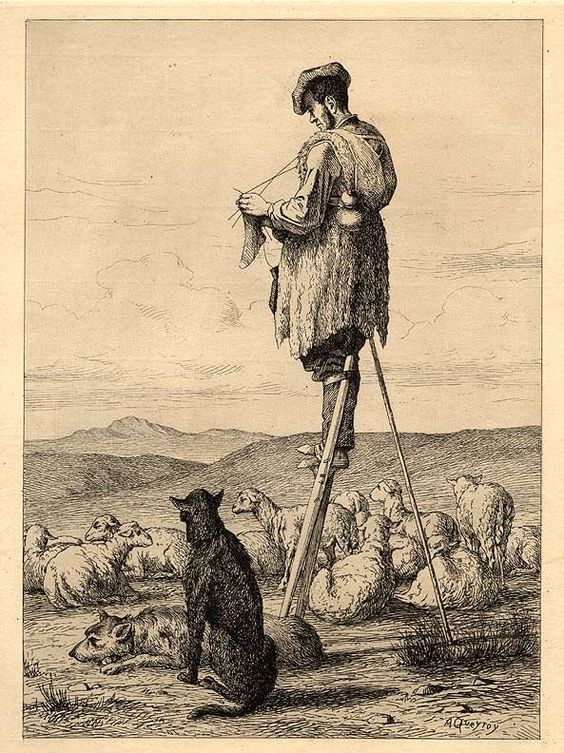 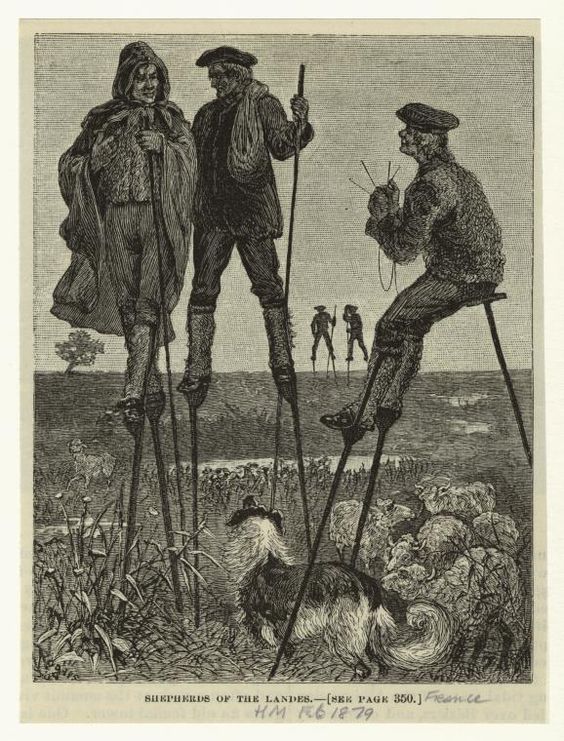 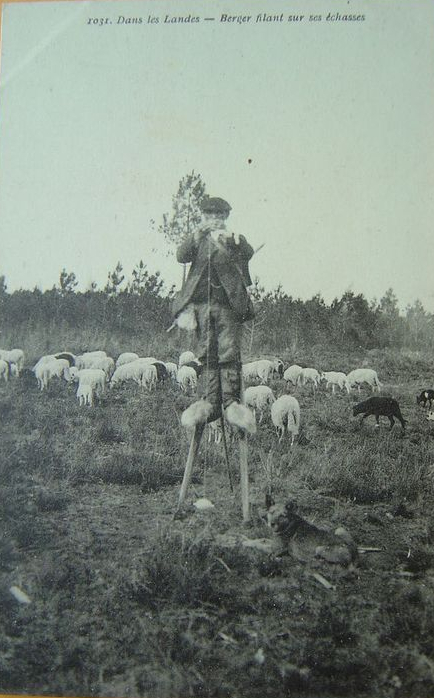 In the late 19th century, stilt walking started to die out with the introduction of drainage systems and large forestry planting projects. It is still practiced during festivals. 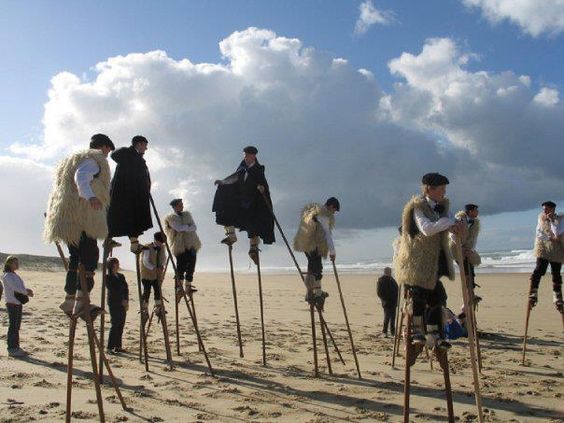